The Top Five Realisations which brought me a Happier Stepfamily Existence

For many of us, becoming a stepmother is a crash course in learning to cope with high conflict and volatile situations. Such conflict often exists from the very beginning of our stepmothering journey (no rest for the wicked), and it doesn’t matter whether the conflict originates from the ex, your partner’s children, or the extended family – it all stings.

I receive messages every day from women who feel themselves slipping slowly into a depressive state because of it. The worst part for them is feeling completely out of control. Being so helplessly thrown in at the deep end, and at the same time seeing the person we love struggle and suffer, sparks an enormous sense of injustice and anxiety within us that we can do absolutely nothing about.

Where my insight comes from.

My partner spent two years trying to gain consistent access to his daughter after the revelation of our relationship sparked war between us, his ex, and my partner’s entire family.

We were both cast out of my partner’s family. It was years before they said yes to meeting me, and it’s only been very recently that my partner has been re-added to the family WhatsApp chat.

We go through ups and downs with his ex, but we tend to be on a more ambivalent keel with her these days. Who really knows how long that will last, as us stepfamilies go through our seasons, but I feel more prepared now to tackle any drama than I was at the beginning of our relationship.

Here are the top five realisations which helped me through the initial devastation of rejection, and which brought us as a couple out of the other side of those difficult first few years. They still help me now if ever things become heated, or I feel old anxieties start to creep in, and I hope they help you too.

Unfortunately for stepparents, our new relationship will invariably be seen as the final nail in the coffin of the previous one, and no matter how closed that coffin was before you came along, it’s likely to still sting the ex, or the stepchildren, or even your partner’s extended family.

In the hubbub of the noise surrounding the end of a relationship (much of which is probably aimed towards you), it’s unlikely that anyone is going to want to hear your side of the story. For me, this was the hardest thing to accept, and I exhausted myself trying to come up with ways to be heard.

I realised that at best I was in danger of saying something I regretted in anger, and at worst I was going to tie myself so badly in knots that I would come across even worse than they already thought me to be.

Trust that your time will come, as hard as that may be. It may be through your persistently dignified actions within your new family, or eventually actually being allowed the floor to set out your side of the story, but public opinion will one day soften on the ho-bag temptress/wicked stepmother front. Concentrate on strengthening your relationship, and keeping your head held high. The fact that you will not participate in the arguments you’re invited to will be a credit to you in the future.

This isn’t to say that you can’t defend yourself if something is being said about you that is entirely made up, but bear in mind that it may take time for what you say to be taken seriously.

It is awful seeing your other half suffer; believe me, I know. However sometimes a situation is sad – it just is, and your partner needs to feel that sadness first in order to move on. Feeling the pressure to keep your partner happy in the midst of incredibly stressful situations, and to fix the problem, is entirely natural, but it’s not always possible. Give them time, and the freedom to feel what they’re feeling.

It’s also entirely natural to want to go straight to the source of the conflict. I was convinced that if only I could meet my partner’s ex, and talk sensibly to her, she would miraculously see the light and would let my partner back into his daughter’s life. The suggestion was met by her with complete disdain then, and this continues to be the case even now.

The responsibility of building an amicable relationship with the ex, if even possible, falls first on my partner. Only if this is in place, and his access rights are established, can I even think about building my own (if that’s what I want – which indeed it probably isn’t).

Even if you are named by those driving the conflict as “the problem”, you are not.

My partner used to say to me, when I was in the depths of despair and completely lacking in confidence, that it wasn’t personal. He could have been with anyone, and they would have faced exactly the same anger and (to put it bluntly) hatred.

This is particularly relevant if the conflict you’re facing is from your stepchildren. It really does feel personal in this instance, because you’re throwing so much of yourself into your role with respect to them. I can recommend Flora McEvedy’s The Stepparents’ Parachute if this applies to you, which sets out a comprehensive way of coping with hurt feelings without letting rip.

Honestly, the first time you go back to whatever it is you love is the hardest. After that, you’ll wonder why you ever gave it up in the first place. Anxiety, and the hurt of injustice, will turn you into someone you don’t recognise, and getting a part of yourself back will give you that relief you hadn’t even realised you needed. 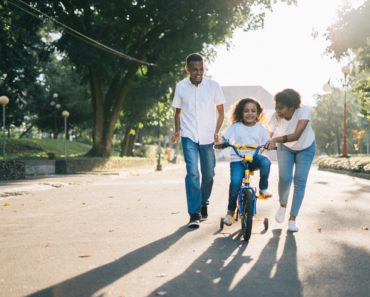 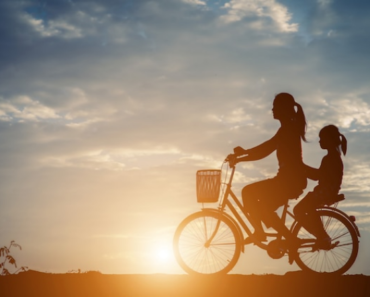