Being a stepparent can be tough, especially when dealing with the heartbreaking reality of our parental alienation nightmare. We know how much it hurts to feel rejected and shut out by your stepchildren. It can be a lonely and confusing experience, but you are not alone. We understand what you are going through, and we want to support you.

My stepchildren are brainwashed and there is not one thing I can do about it.  Family court perpetuates it, their small town and maternal family members enable it, and the lawyers profit off it. The only thing I can do is speak about how parental alienation has affected the life of my family, and my life, in the hopes that our scars will be used as someone else’s lighthouse to get them through dark times. I’m an erased stepmother, and this is my story.

What do you mean you haven’t seen them in nine years?

I met my husband after our divorces. He had been divorced much longer than I; nonetheless, we understood each other. His empathy and care for both me and my son blew me away from the start. From then through the present, he has consistently gone above and beyond to make sure my son’s father is included, feels welcome, and knows that our child’s best interest is always at the front of his mind. My son was only 3 when my husband came into the picture, and since the first day they met, my son has loved and cared for his now stepfather.

My husband has always been cognizant and appreciative of his fatherly role in my son’s life, but in such a way that no one, at any point, felt like he was intruding. We all co-parent well and have for the last nearly 6 years.

In drastic contrast to our successful co-parenting, I have never been afforded the opportunity to meet my stepdaughter, who turns 18 this April. On August 31, 2019, I met my stepson for the first time, just after his 21st birthday. I looked straight into his eyes— eyes identical to my husband’s—while he repeated well-rehearsed words:

“I don’t want any kind of relationship with either of you”.

He spoke slowly, nervously shuffling his hands in his pocket with pain in his eyes, as his alienating mother looked out approvingly from behind the screen door.

Never for as long as I’ve known him has my husband had so much as a functioning phone number or email address by which he could reach his children. The only way he can reach them is the address of their home—the home he remodeled for his ex-wife and son while she was pregnant with their daughter.

Several years after they divorced, in 2011, his ex-wife moved a felon (who has done prison time) into the home and married him—all the while she and her parents systematically removed my husband from all aspects of his children’s lives.  From the felon pretending to be my husband so that his ex-wife could pull the children out of school to homeschool them, to illegal name changes, they virtually deleted my husband from his children’s lives.

The lies my stepchildren are told in order to cut their father out of their lives are far beyond what I would wish to imagine. My husband never left them, as their mother has told them. He divorced her, and for five years they shared custody, even though his fatherly duties were slowly offloaded onto his ex-inlaws.

Finally, one day my husband showed up for a scheduled visit, and the felon refused to let him see his children. That was the end of his visitations with his children, even though he never stopped trying to see them. He was told by his ex and her new husband that the children didn’t want to see him anymore. He was devastated and couldn’t understand why his kids would feel that way.

Still, my husband tried repeatedly to visit his children. Each time, his ex-wife called the police in an attempt to get him arrested. Once, months after an attempted visit, she had my husband arrested at his job of 12 years on a false report of past abuse that the judge immediately threw out.

The felon, however, did prison time for Uttering & Publishing prior to moving in with my stepchildren. This means he intentionally wrote fraudulent checks and attempted to cash them.  Criminal records are public information. He has three children by two different mothers and has convinced my husband’s children that one of those three, who lives in the same town, is actually their father’s child, not his child. This is easily disproven, but even when presented with evidence, my stepchildren choose to believe the lies.

My stepchildren’s mother has denied them a formal education in lieu of their homeschooling.  The children’s grandmother, her mother, came out of retirement to get a social-work certificate, so she could sign off on her grandchildrens’ “education.” Schools can’t identify the red flags of abuse if the children don’t go to school or have anyone outside the family monitoring their education.

The day my stepson stood on the porch and said he wanted nothing to do with us, he bragged about being debt-free and owning his truck outright.  But my stepchildren have had credit cards opened in their names, of which they are totally unaware—according to public records, each actually has thousands of dollars in credit card debt and car loans in their names.

My husband’s children are financially tanked through debt they didn’t take out, which keeps them under control. My stepson is a 21-year-old volunteer firefighter living in his mother’s house—a house put in a trust for her by her mother. If the children stay in that house as adults, the cycle of abuse will undoubtedly continue. Alienators beget more alienators. I cringe at the thought of my stepchildren and their future families. The damage, brainwashing, and pain—how many more generations will have to endure this before they decide to break the cycle?

Upon meeting my husband, I didn’t know the extent of the deep, dark, abuse that is parental alienation, but I wouldn’t change having him in my life for a single thing. I am frequently asked why I’m so passionate about advocating for parental alienation awareness and prevention.  The answer is easy:  I love my husband. He consistently brings so much love, joy, and laughter into the lives of me and my son, and he has so many times has been our rock. I see how much pain and destruction is caused by parental alienation every single day. No person should have to endure this abuse.

My husband had absolutely no support system whatsoever when the alienation began.  Sadly, he’s not the only one.  Twenty-one men a week commit suicide due to lack of access to their children, and that’s only the men.  Mothers are affected by parental alienation too.  This abuse is genderless. The thought of the man I love going through this horrific pain alone and still waking up every morning, going to work, and putting one foot in front of the other despite the pain he was in was and is nothing short of inspiring to me.

When we began dating, I knew my husband missed his children, but I didn’t know the extent of what had happened to his relationship with them. Over many months of ongoing discussions about his past, he shared the painful things he had experienced. I usually had to ask very pointed questions to get him to talk, and hated putting him through the painful conversations, but knew I wanted to help him work through whatever it was he was facing.

As a mother co-parenting her child with her ex-husband, it floored me that any mother could remove a loving father from the lives of their children through lies and psychological manipulation. Horrifyingly, research proved this was a common epidemic.

I learned that estrangement and alienation were two very different things.  The biggest difference is that in cases of estrangement, the child has cut off the parent due to the actions of the parent; in these cases, feelings are very hurt, and the parent and child usually don’t agree on the cause of the estrangement. Typically, estranged parents believe it is the responsibility of the child to reunite with them.

However, in cases of parental alienation, targeted parents don’t stop trying to connect with their children. With alienation, one parent deliberately tries to negatively influence the child’s perception of the other, leading to the child’s rejection of a relationship with them.

I also found that very few support groups existed for this group of abuse survivors, known as target parents. Target parents typically find very little support from family and friends. The most common reaction is, “Well, (s)he must have done something horribly wrong to not be able to see their kids,” — one of the most harmful assumptions one can make.  This is what isolates target parents when what they need most is support.

Everyone Can Help Children

How can this happen?  Family court is a business!  The biggest opponents of shared parenting are the American Bar Association and family-court attorneys.  If couples aren’t taking each other to court to fight, how will they make any money?  Family court reform and shared parenting are very important and necessary ways to help combat parental alienation, but the most effective way is to educate the public and our children.

To that end, my husband and I created C-PAG.com, the first support group in the Chicagoland area for alienated parents and family members. Through C-PAG we instill awareness through education, advocacy, and support. We offer monthly support-group meetings to help others going through this pain because we wish they would have existed 10 years ago when my husband began experiencing it. Catching it early and knowing what you’re dealing with is crucial, and having support makes all the difference in the world.

Awareness is paramount, and there are three things that everyone can do to help. First, educate children that it is normal to want your parents to love you, but that does not make it okay for them to hurt you. Second, educate adults that it is not okay to talk negatively about the other parent in front of the child they share. Finally, help children develop values of forgiveness, compassion, and integrity.

There is not one day that passes that we don’t think of his children and pray for their health and happiness.  We hope in time they’ll reach back out to their dad.  It is beyond tragic that they haven’t been permitted to experience his amazing, unconditional love or to know his family for the last 9 years.  My stepchildren will always be welcomed into our home because even though they don’t know me, I still love them. They will forever be part of my husband. I hope one day they have the courage to knock on the door. In the meantime, we’ll be educating and supporting others.

​I’m an alienated stepmother, and I’ll always protect children’s rights and be a voice for those who cannot speak.  I am so grateful for the unconditional love in my life.  We hope we can extend that love to his children one day—whenever they are ready.  We will never give up on you, Rebecca and Nathan. 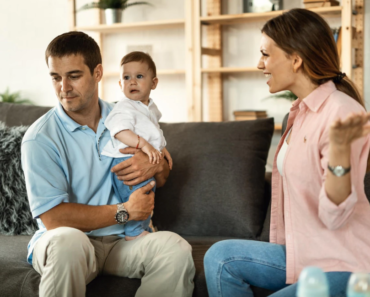 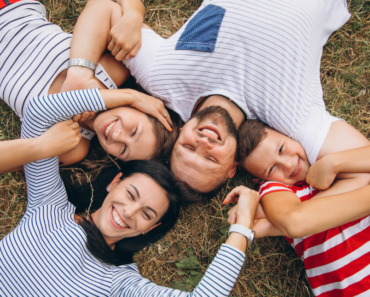 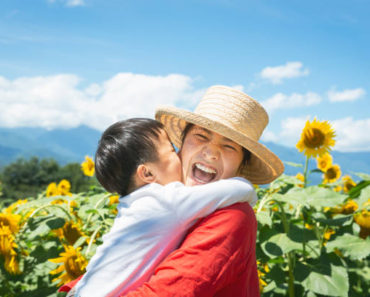 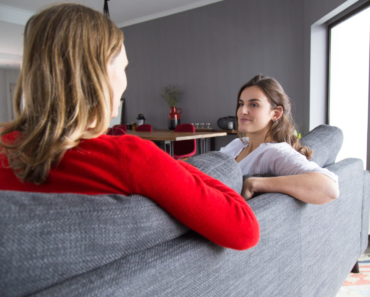 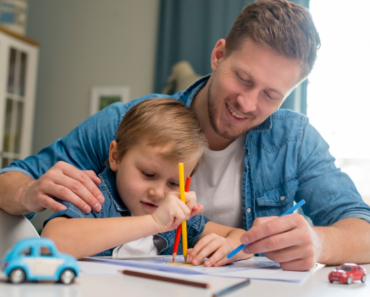 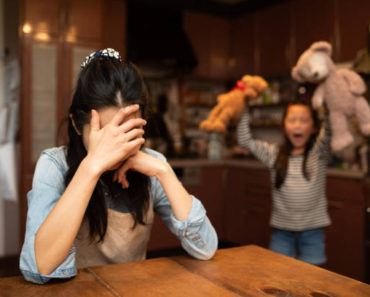