Step-parents should be aware of their rights in joint custody arrangements so that they can be an active and involved part of their step-child’s life.

Do Step-parents Have Rights?

In most cases, step-parent rights depend on the laws of each state and the specific situation of each family, for this reason, there is often confusion about your rights. Generally, step-parents have limited legal rights when it comes to the care and custody of step-children. Most of the time, step-parents cannot make decisions about their step-children’s education, medical care, or religion without the consent of the biological parent.

It is important for step-parents to recognize the limitations, understand the laws in their state, and to discuss their specific situation with an attorney if they have questions or concerns about their rights.

However, we must emphasize that step-parents also have the right to be treated with respect and should not be seen as a replacement for a biological parent, but as a supportive adult in a child’s life. Step-parents should be given the same respect as any other adult in the household and should be included in family discussions and decisions.

What Legal Rights Does a Step-parent Have?

In the United States, step-parents legal rights may be granted if they have adopted the child, or if they have been granted guardianship or legal custody. Adoption is the strongest way for a step-parent to gain legal rights over a child, as it grants them all the same rights as a biological parent.

Step-parents may also be granted legal rights if they are named as a child’s guardian or custodian in the event of the death of one or both of the biological parents. This would include the legal rights to make decisions about the child’s education, upbringing, health, and welfare.

Also, can obtain legal rights to a child if they are awarded visitation rights. This means they can visit the child and even have overnight visits with the child, but they may not be able to make decisions about the child’s upbringing or medical care.

Step-parents should be aware that legal rights are not the same as financial responsibilities. Even if a step-parent has legal rights to a child, they may not be legally responsible for financially supporting the child. This is something that must be discussed and decided between the biological parents of the child.

In general, these rights include the right to provide care and support for the child, the right to attend school meetings and functions involving the child, and the right to participate in decisions regarding with their education and medical care. Also, have the right to spend time with the child and take part in their daily activities.

Additionally, step-parents in joint custody arrangements also have the right to seek visitation or partial custody of the child, as long as this is in the best interest of the child. However, the court will usually require a step-parent to provide evidence of why they should be granted custody or visitation rights. Such evidence may include a history of providing care and support for the child and a demonstrated commitment to their well-being.

Ultimately, the rights of step-parents in joint custody arrangements will depend on the specific state laws and the court’s discretion. It is important for step-parents to understand their rights and to work with the court to ensure that their rights are respected.

When it comes to joint custody arrangements, step-parents have an interesting role to play. While not legally obligated to fulfill any parental duties, it’s important for step-parents to understand the general rules for how they should and should not behave in a joint custody situation.

Here are some of the key points to consider

• Respect your stepchildren and the relationship they have with their biological parents. Respect the effort their parent puts in to raising them and be supportive in any way you can.

• Spend quality time with your stepchildren and encourage them to develop a good relationship with you.

• Ensure that you are part of the communication between the parents, to ensure that everyone is on the same page with regards to the child’s care and upbringing.

• Get to know the other parent, even if you don’t have a close relationship with them.

• Stay informed about the child’s progress, such as school, hobbies and interests.

• Provide support to your partner in any way you can.

• Don’t try to overstep your role as a step-parent. You are not the biological parent and therefore have no legal rights over the child.

• Don’t interfere with the other parent’s relationship with the child.

• Don’t try to undermine the other parent’s authority in any way.

• Don’t be overly critical of the other parent in front of the child.

• Don’t let your own emotions get in the way of making rational decisions.

These are just some of the general rules step-parents do and do not have in a joint custody arrangement. Ultimately, it all comes down to understanding the boundaries and working together with the other parent to ensure the best outcome for the child.

Step-parent rights and wrongs can be a tricky topic to broach, especially for those in blended families. Step parenting is an incredibly difficult job.  On the one hand, step-parents often want to be able to parent their stepchildren in the same way they would their own children., but on the other, you don’t want to overstep your boundaries.

Sometimes, Step-parents are in a difficult spot, as they are expected to provide emotional and physical support for their stepchildren, yet it can be hard to find the balance between being too involved and not involved enough. Also, they must respect that the biological parent has ultimate authority in making decisions and disciplining their children. It’s important to remember that step parents are not legally allowed to parent the same way they would their own children, and they must respect the biological parent’s decisions.

Step-parents have the right to set boundaries, expectations and rules in the home. This is necessary in order to maintain an orderly and peaceful home environment. As well as having the right to be respected by their stepchildren and to be treated with kindness and consideration. However, this does not mean that step-parents can discipline their stepchildren in the same way they would their own children.

In addition,step-parents also have the right to spend quality time with their stepchildren. This is a great way to form bonds and to create a positive relationship between the step parent and stepchildren.

Remember, your role is to help and support your stepchildren, not to replace their biological parent.

Married step-parents have a set of rights when it comes to the children in their lives. In many cases, step parents are treated the same as biological parents and have the same rights and obligations. This includes the right to make decisions about the child’s wellbeing, such as medical care and education, and the responsibility to provide for the child financially.

Step-parents also have the same rights as a biological parent when it comes to custody and visitation. In most states, a step parent can seek legal custody or visitation of the child if they have established a parental relationship. The court will consider the relationship between the step parent and the child, the wishes of the biological parent, and the best interests of the child when making a decision.

When children are involved in a divorce or separation, step parents can also have rights in regard to child support. They may be required to pay child support if they have acted as a parent to the child and can prove that they have provided financial support in the past. Additionally, they may be eligible to receive child support from the other biological parent if it can be shown that they have been financially supportive of the child.

On the other hand, they have rights when it comes to adopting a stepchild. . In many cases, the step parent can adopt the child without the consent of the other biological parent. This is especially true if the other parent’s rights have been terminated due to abuse or neglect.

Married step-parents occupy an important place in their stepchildren’s lives, so it is important to understand these rights and responsibilities to ensure that the best interests of the child are protected. 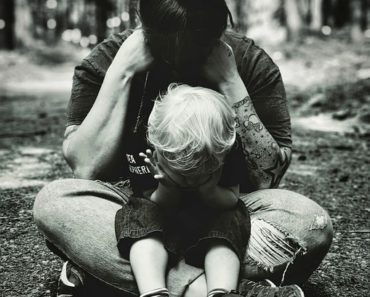 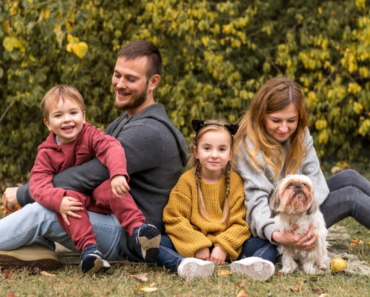 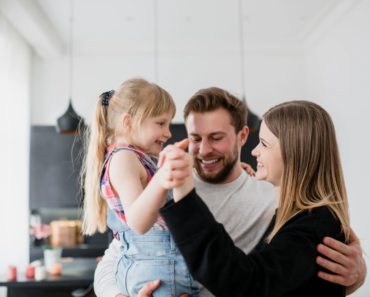